Prior to settlement by Europeans, the areas now known as the Junction and Baby Point were forested by white pines. While the Wendat and Mississauga inhabited this land for periods of time, it remains a small part of the traditional homeland of the Iroquoian peoples, the Erie/Neutrals and Six Nations. The Junction as we know it, is part of an important Indigenous Peoples trade route that travels along the ancient shoreline of Lake Iroquois from Montreal to Detroit being used as such for at least 10,000 years. The Iroquois Lake Trail also intersected another ancient Indigenous Trade Route, the Carrying Place Trail, which followed the east side of the Humber, Onguiaahra Eagua, ( Little Thundering Waters), passing through the Erie/Neutral, Seneca, and Mohawk village of Taiaiako’n to Lake Simcoe, formerly Lake Toronto. The passageway from the west side of the Humber to the east side was at the village of Taiaiako’n , village at the crossing, which is where Toronto ( Gi:yondo, or Tondo) , got its name, meaning log in the water. There was a great white pine that laid across the Humber River where the people could cross the river and continue their journey on the Carrying Place Trail to the Lake Iroquois Trail. Traces of the existence of former trails remain in the road names: Indian Road, formerly a north-south trail, linking it with the Lake Iroquois Trail and Indian Road Crescent. The Indian Road Trail is now known as Parkside and Keele, a trail that was used by Indigenous peoples to travel to the area known as High Park, to bury their dead, as there are many burial and ceremonial mounds in High Park and area around the park . Indian Trail Road was renamed Parkside Drive and another street just to the east of Parkside Dr., was then renamed Indian Rd. 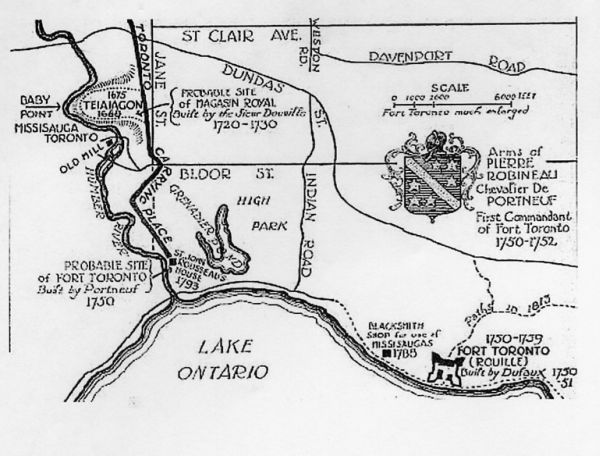 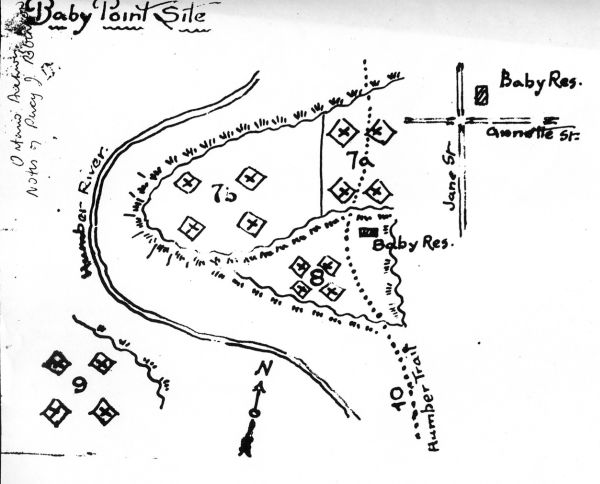